“In Irish director Rebecca Daly’s subtle and brilliantly realized parable, a teenage stranger welcomed into a household in a devout Christian village gradually reveals his mysterious motives — and what seem to be magical powers.”

The Toronto International Film Festival has become one of the most beloved cinematic events in the world, universally regarded as an ideal platform for filmmakers to launch their careers and to premiere their new work. The Festival has been described as “the most important film festival in the world — the largest, the most influential, the most inclusive.” 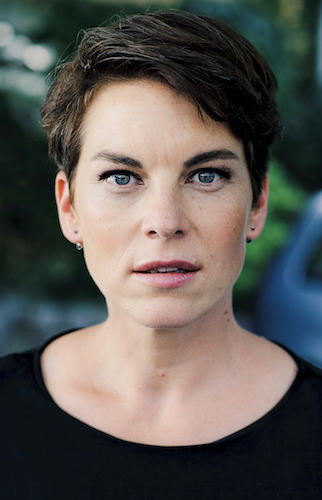 Victoria was born in Münster and moved several times with her family at an early age. She made her first theatre experiences with performances at school and in the youth centre of her community. In her last year at school she started working at the local theatre, first as an intern, then as an assistant director. In 1997 she began her studies at the August Everding Theatre Academy in Munich. Since graduating, Victoria has worked successfully as a theatre and film actress, appearing in both national and international projects. In 2020 she was awarded “Best Actress in a Supporting Role” by the German Academy for Television for her role in “Tage des letzten Schnees”.